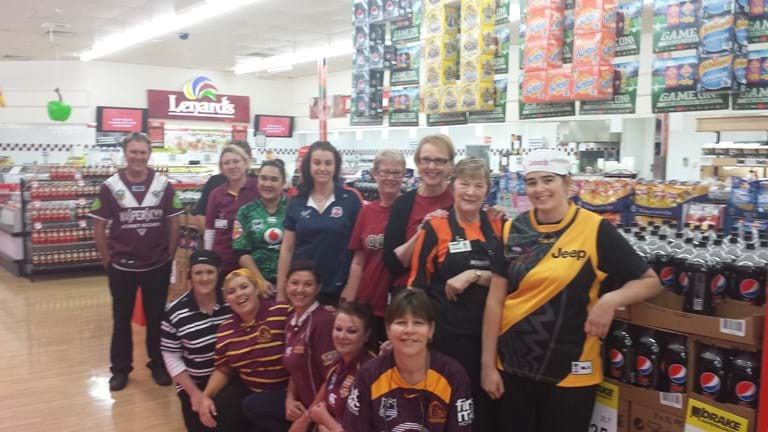 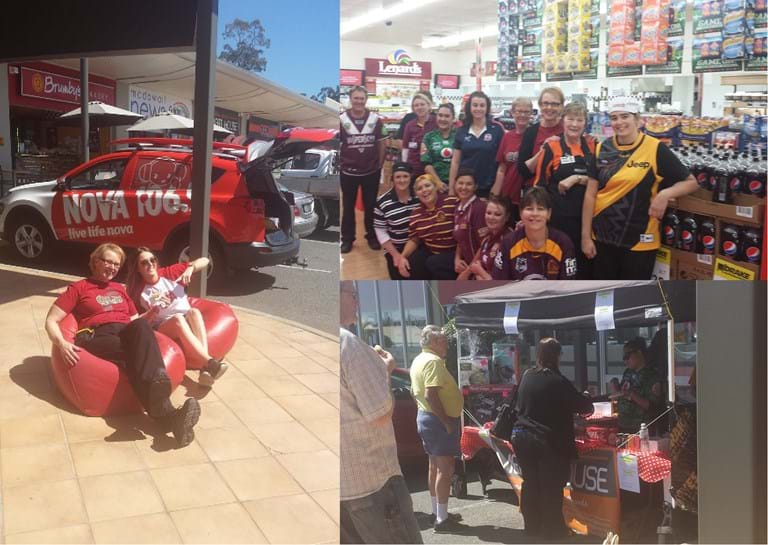 The staff at Drakes IGA McDowall love to host a fancy dress day at work every now and again so when they saw the Footy Colours Day advertisement on television they thought it was a perfect fit.

What made Footy Colours Day all the more enticing was that it coincided with the footy finals which the store also likes to celebrate.

“To raise as much money as possible we held a sausage sizzle and an in store raffle,” Kate said.

The team from Drakes IGA McDowall reached out to neighboring businesses within their complex for support and was able to secure sausages from the butchers for their BBQ and had the assistance of the newsagents in selling raffle tickets. The local childcare centre also held a raffle and asked parents to dress their children in their favourite footy colours for a gold coin donation.

Further contributing to the fundraising efforts staff at IGA was able to sport their footy colours on the day for a gold coin donation.

To promote their Footy Colours Day festivities, Kate was able to contact Nova radio station who supported the event by coming along, giving away free items and making a live broadcast encouraging people to visit the store.

“Overall the day was a huge success and we are looking forward to doing it again next year.”